The controller reads voltages and currents of Utility Power & Generator via wireless sensors, it read engine parameters via bluetooth. Make a 22mm round hole for the connector and a 4mm hole to securely fix the controller to the door. Not having a cut-out, the door plays an important role in EMC filtering. You are no longer required to connect as much as 100 terminal blocks and wires. The user will connect the generator & engine directly to the plug-&-play I/O modules. A silicon gasket uv-resistant guarantees an IP65 ingress protection. The controller can operate in harsh environment

The Be242 is 3-phase ATS controller. All parameters, measurements, events and instruments are captured via bluetooth-compatile sensors. The ATS controller features accurate measurements for Vac, Aac, Vdc, Hz and Battery Vdc on display.  When closing to the panel, you can download LOG EVENTS having an overview of the system. The Be242 features MODBUS via RS485 and complies with NFPA-110 / NFPA-99. By using our TCP-IP server you can monitor and control the Be242 via INTERNET. Using bluetooth devices you can save as much as 50 meters f cables and several hours of workmanship. 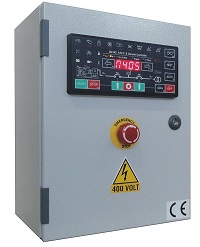 What is an ATS controller 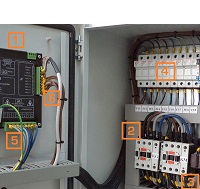 How to install an ATS controller 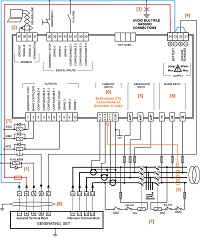 How to connect an ATS controller 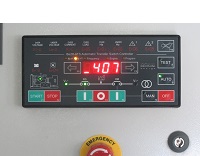 How to use an ATS controller

You are reuired to select a mode of operation. The Be28 is 3-phase ATS Controller. All parameters, alarms and operating functions are indicated by means of a high-luminosity display capable of working in a temperature range between -30°C and +70°C. The Measurements including Vac, Aac, Vdc, Hz, Battery Vdc. Software for remote control & monitoring is also provided. The Be28 provides an RS485 serial interface. Be28 complies with NFPA-110 / NFPA-99 specifications and features AUTO-MAN-OFF-TEST modes of operation. By using our TCP-IP/RS485 server you can monitor and control the Be28 via INTERNET. Option for GSM remote control is also provided. READ MORE

How to select a mode of operation for the ATS controller

The modes of operations are selected by push buttons and indicated by means of green LEDs. Every time the power supply is switched on, the Be28 enters the “AUTO” mode, if the Be28 was in TEST or AUTO prior to power down. In the other cases, the Be28 will enter the OFF mode. The OFF mode clears the fault alarms and allows you to read or program the parameters. The Display and LEDs are turned off and a dot on the display will blink slowly. Push one of the push buttons on the front panel to turn on the display.  READ MORE ABOUT IT

Push the [AUTO] push button until the green LED will illuminate. The message [Auto] will appear for a second on display. The engine starts when the Be28 detects a Mains failure. The Mains circuit breaker (KM) opens after the [P.0] timing. Then the timer [P.01] takes place to delay the start of the engine. Once started, after the warm-up ([P23]) time (Voltage and Frequency must be within the settings), the GENERATOR circuit breaker (KG) will close. If the Mains restores, after the [P.02] the KG will open. The KM will close after a programmable changeover timing ([P.3]). The Engine will stop after a cooling down time ([P24]). If the engine shuts down, the KM closes independently of the Mains status if the [P.23] is [ON] (NFPA-110 mode; see the OEM user manual), otherwise the KM will close only if the Mains is within the programmed settings. In AUTO mode, the Be28 can start and stop the engine according to programmed inputs (see Table 7.06 and 7.07 of the OEM user manual).

Note: the BE28 turns on the alarm [Er.11] (Fail to start) if the engine does not start within 8 minutes after the engine start request.

Push the [TEST] push button until the green LED illuminates; the display will indicate the message [Test] for a second. The Be28 starts the engine and transfers the load to the generator if the [P.17] is [on]. To stop the engine, select the AUTO mode (if the Mains is present) or select the OFF mode. If you push the [STOP] push button when the Be28 is in AUTO or TEST, the [Er.09] will energise. To clear the alarm, select the OFF mode (see also section 8.0 of the AMF controller user manual).

Use [←F8] and [F9→] to select a menu. Use [ACK-F10] (see the layout in section 1.0) to display the name of the parameter. The OFF mode shuts down the display and turns on the dot on the right side of it. Push a button to turn on the panel. The following table lists the functions of the display.

The Be28 shows alarms (table 4.10) and messages (table 4.20). The presence of an alarm is indicated by the blinking message [ ALAr.]. Push the [→F9] pushbuttons to display the alarm. Push the [←F8] push button to display additional information about alarm (section 8.0 of the user manual). 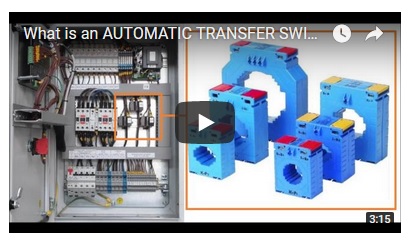